I highly recommend starting a muslim playgroup.  My family has recently moved to a new town.  My daughter is at the age where she is concerned with having friends.  (MashaAllah at four!)  The final straw was when we were playing at a “McDonald’s Playplace” and I saw her talking to one of the other children, who was a stranger.  She asked the girl’s name and told her, “okay now you have to be my friend”.  I said to myself, I have got to get this child some friends.

So I started a muslim playgroup at the masjid we attend.  I found out that they were starting a Sister’s class on Fiqh.  I volunteered to sponsor a playgroup for children aged 2 to 5 during the same time so mothers with young children could attend.  We had our second group today and Al Hamdulilah, we all enjoyed it tremendously.  Whereas the two year olds wandered to and from the activity, as is appropriate for their age, the four year olds had a great time.  We did fingerpainting.  To make the fingerpaint, I mixed food coloring into plain yogurt.  this makes an inexpensive, non-toxic, edible paint that is perfect for their age.  We painted on scrapbook paper which is a little sturdier/heavier than regular paper and doesn’t fall apart as easily.

I started on my paper with a bright yellow sun and as I worked we talked about, who created the sun?  Allah did, we all learned.  And it was a sensori-motor learning experience; talking, moving, feeling that helped to really bring the lesson home that Allah created everything.  I followed with a story, that illustrated the same point.  I think too often in masjids the very littlest muslims are forgotten. Study activities for youth to old age are frequently promoted but rarely things for toddlers.  I do believe as mothers of toddlers we can change this, even if we have to start some projects on our own.

If you have a muslim playgroup, or can suggest an activity, especially an activity for muslim children specfically,  that you think we would enjoy…Please feel free to share.

I and the children THANK YOU – JazakAllah 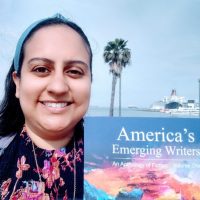 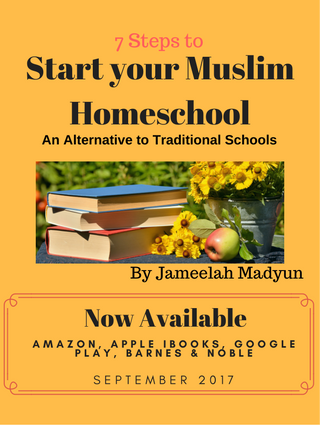